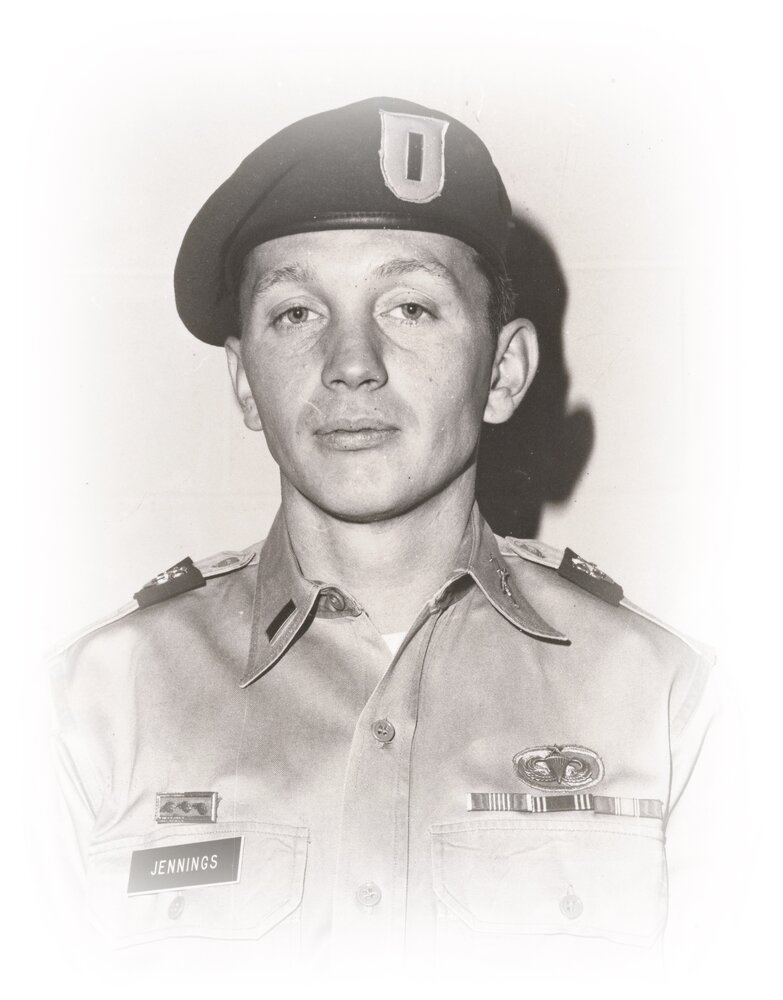 Jesse was a loving husband, father, grandfather, great grandfather, and a great great grandfather. He was a 1958 graduate of Fellowsville High School and graduated from WVU with a bachelor's degree in Agriculture Business. Jesse served in the US Army and retired as a Captain upon completing 20 years of service. During his life he served Preston County as a commissioner and served on the Preston County Board of Education. He also worked for the WV Department of Agriculture, Mangus Coal Company and ran his family farm, 4-J Farms. He also was a leader of the Fellowsville Boy Scout Troop.

In addition to his parents, he is preceded in death by four brothers, Maurice "Foster" Jennings Jr., Timothy Jennings, Ralph Jennings, and Alden Jennings.

Friends may call at the Field Funeral Home in Masontown on Saturday, December 4, 2021, from 2 pm until 7 pm. and on Sunday, December 5, 2021, at the Mt. Israel United Methodist Church in Fellowsville from noon until the 1pm service time with Rev. David Murray and Charles Nestor officiating.

Military rites will be conducted by the Preston County Honor Guard and the WVANG Honor Guard.

In lieu of flowers, donations may be made to the Mt. Israel United Methodist Church, c/o Phyllis Knotts, 19 Fire Dept. Loop, Tunnelton, WV 26444.

A Memorial Tree was planted for Cpt. Jesse
We are deeply sorry for your loss ~ the staff at Field Funeral Home
Join in honoring their life - plant a memorial tree

Share Your Memory of
Cpt. Jesse
Upload Your Memory View All Memories
Be the first to upload a memory!
Share A Memory
Plant a Tree