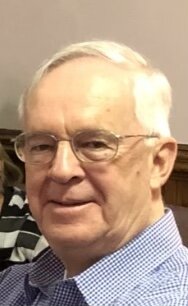 Larry Dana Martin, 77, of Morgantown, WV, passed away Tuesday, June 21, 2022, with family by his side, at Morgantown Health and Rehabilitation.

Larry was a graduate of Valley High School and the University of Cincinnati, where he earned a degree in architecture. He returned home to West Virginia and became a registered architect, practicing for approximately 50 years. During Vietnam, he served three years in the Army Reserve at Camp Dawson, Fort Knox and in Italy.

Larry worked for twenty years as an architect at Robert J. Bennett, AIA and Associates in Morgantown. His work there included the remodeling of the buildings in Woodburn Circle and the design of the Evansdale Library at West Virginia University. He designed buildings at Shepard and West Liberty Universities. Larry then opened and operated his own architectural firm from his home. He designed and oversaw the construction of Bon Vista Apartments, Colonial Apartments, and many office buildings in and around Morgantown. During his career, he designed over 250 homes in North Central West Virginia and Southeastern Pennsylvania.

Throughout his career, he never once had to advertise. All his clients came through personal referrals. Additionally, he continued to work up until January of this year when he became ill. Larry was the epitome of an old school architect- he continued to draw all of his blueprints by hand, never once using a computer to draft.

His proudest accomplishments include his work on the WVU campus. Additionally, as a sole practitioner, he designed and oversaw the construction of two 20+ million-dollar homes during the same period of time in Morgantown and Charleston, WV. Larry's passion in life was architecture and design. It was not only his work, but also his hobby. It was common for him to visit someone's home and start rearranging furniture and décor to fit the space perfectly. He was always right.

Larry's other passion was his family. He cared for his mother for over twenty years following his father's death.

In addition to his parents and aunts and uncles, he was preceded in death by his first cousins, Delores (George) Radabaugh and Susan (Ken) Mowen.

Friends may call at the Field Funeral Home in Masontown on Friday, June 24, 2022, from 2 to 8 pm and Saturday, June 25, 2022, from 10 until the 11 am service time with Rev. Marcy A. Taylor officiating. Interment will be in Reedsville Cemetery.

The family would like to extend a heartfelt thank you to the staff at Morgantown Health and Rehabilitation, WV Caring, Mon General Hospital Cardiac ICU and Stepdown units and Mary Babb Randolph Cancer Center. Additionally, they offer special thanks to Dr. Ward Paine, Ben Klennert, PA-C, Dr. Joanna Kolodney and Dr. Joseph Blatt.

Share Your Memory of
Larry
Upload Your Memory View All Memories
Be the first to upload a memory!
Share A Memory
Plant a Tree