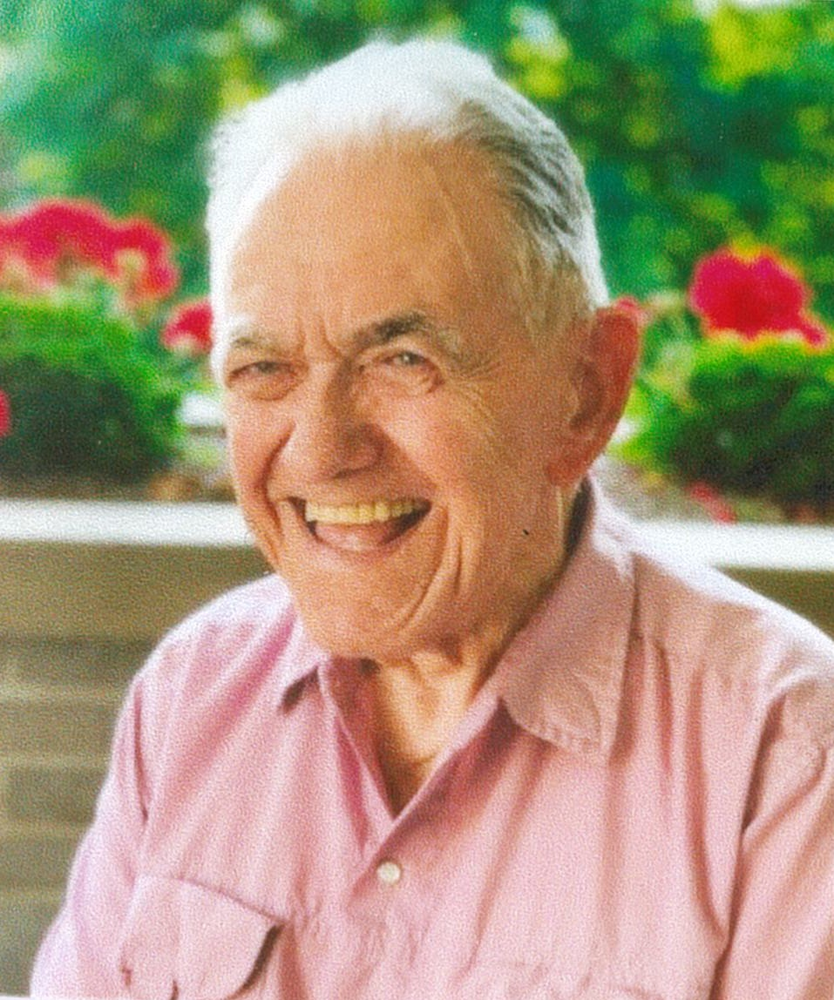 Harry LaPointe, 94, of Reedsville, formerly of Connecticut, passed away December 27, 2021. He was born June 24, 1927, in Bellevue, Michigan, the son of the late George and Mary (Caffrey) LaPointe. Harry had a deep love for God and country. At age 17 he joined the Merchant Marines and served during World War II. When he left the military, he returned to Connecticut where he worked in the textile mills for a short period before joining the ranks of Kaman International. He worked designing and building helicopters. Harry had a unique gift for problem solving and received many awards for his ideas to improve both products and production. After retiring from Kaman in 1987, he and his wife relocated to Reedsville, West Virginia. Harry was a skilled craftsman and loved spending hours in his wood shop designing and building. He also loved the game of golf and played until he was 92. Harry enjoyed walking and riding his bike and spent many hours exploring the trail system in Monongalia and Preston counties. He is survived by one sister-in-law, Fabiola Cutler of Putnam, CT; a brother-in-law, Richard DuBois and Sharon of Crawfordville, GA and many nieces and nephews, including his caregivers, Sandy DuBois and Robert of Reedsville and Mary and Merle Dalton of Morgantown. In addition to his parents, he was preceded in death by his wife, Yvette (DuBois) LaPointe; a brother, George LaPointe and a sister, Lucille DeWitt. Family and friends will be received at Field Funeral Home in Masontown on Friday, December 31, 2021, from 10:30 am until the noon service time with Rev. Dr. David Spence officiating. Interment will follow at the Nicholson Chapel Cemetery. Condolences may be extended online at www.fieldfuneralhome.com.

Share Your Memory of
Harry
Upload Your Memory View All Memories
Be the first to upload a memory!
Share A Memory
Plant a Tree