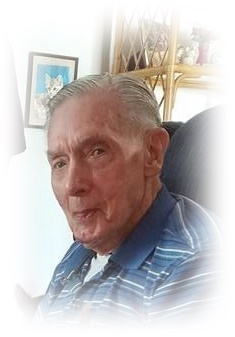 Howard William "Hob" Uhrich, 102, of Morgantown, passed away Monday, March 29, 2021 at his home. Howard was born in Lebanon, PA on November 1, 1918, a son of the late Rev. Raymond G and Sally Ann (Heller) Uhrich. He served in the US Army during WWII. Howard is survived by his great niece, Deanna Mayers and husband, Richard of East Stroudsburg, PA; two great nephews, Kevin Eble of Columbus, OH and Chad Radcliff of Morgantown; two great-great nieces, Ashley and Elizabeth Mayers: a great-great nephew, Mark Mayers and his beloved kitty, Dolly. He was preceded in death by his wife, Bertha Pauline (Eble) Uhrich in 2000 and a loving niece that took care of him until her death in 2017, Katherine (Kephart) Eble. A graveside service will be conducted by Field Funeral Home at 11 am, Monday, April 5, 2021 with Pastor Marshall Woods officiating at the Masontown Cemetery. Condolences may be extended online to the family at www.fieldfuneralhome.com.

Share Your Memory of
Howard
Upload Your Memory View All Memories
Be the first to upload a memory!
Share A Memory
Plant a Tree