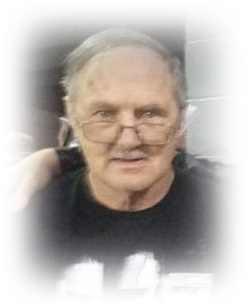 Willie Edward Tucker, 69, of Tunnelton, passed away Monday, December 9, 2019 at home. Willie was born in Masontown on March 31, 1950, a son of the late Oakey and the late Thelma (Nicholas) Tucker. He was a carpenter and handy man. He loved the outdoors especially hunting and camping. He also enjoyed woodworking and "tinkering". Willie is survived by his wife Patricia (Boulter) Tucker; two sons, Jamie Tucker and wife Vonda and Robert Adams; four daughters, Shawna Bolyard and husband Steve, Cassy Tucker, Candy Adams and Missy Lefever; a brother, Darrell Tucker; a sister, Jan Sisler; 11 grandchildren, Bryan Adams, Cody Adams, Kirsten Layne, N'Shay Bennett, Emily West Adams, Ethan Sharps, Dessa Long, Jennifer Jones, Stacy Jones, Ashley Jones and Savanna and many great grandchildren, nieces and nephews. He was preceded in death by a step-son Michael Adams; a brother, Jerry Tucker; a sister, Brenda Rutt and a brother in law, Gary Rutt. Friends may call at the Field Funeral Home in Masontown on Saturday, December 14, 2019 from 1 to 5 pm. At 5pm, family and friends will share memories and stories to celebrate his life. To honor his wishes he will then be cremated. Condolences may be extended online to the family at www.fieldfuneralhome.com.

Share Your Memory of
Willie
Upload Your Memory View All Memories
Be the first to upload a memory!