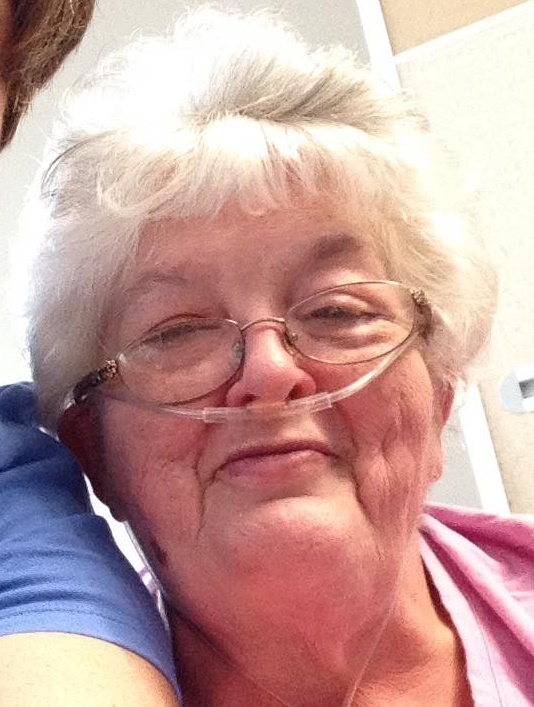 Charlotte Ann Street, 66, of Arthurdale, passed away Wednesday, July 26, 2017 at Pine Ridge Nursing Home, where she resided for the last thirteen months. She previously resided with and was cared for by her daughter, Amanda. Charlotte was born in Buckhannon, WV, on June 5, 1951, a daughter of the late Howard and Louise (Sandy) Hoover. Charlotte is survived by her husband, John Street of Arthurdale; daughter, Amanda Street and husband Ed Horne of Arthurdale; two sons, Melvin Street of Arthurdale and Patrick Street and wife Stella of Rivesville; six grandchildren, James, Edward, Dreama, Emma, Madison, and Peyton; four sisters, Joyce Hileman and husband Marvin of Arthurdale, Elizabeth Austin and husband Bill of Morgantown, Alice Wilmouth and husband Wayne of Morgantown, Mary Myers and husband Randy of Grafton; and several nieces and nephews. She was preceded in death by a half-sister, Marion Brockett and a half-brother, Robert Hoover. Friends may call at the Field Funeral Home in Masontown on Friday, July 28, 2017 from 6-8 p.m. and from 10 am until the 11 am service on Saturday, July 29, 2017 at the funeral home with Rev. Sonny McNear officiating. Interment will follow in the Pratt Cemetery in Newburg. The family would like to extend a special thank you to WV Caring, Pine Ridge Nursing Home and staff, Allegheny Health Network, and her two loving sisters, Joyce and Elizabeth for the excellent care she received. Condolences may be extended online to the family at fieldfuneralhome.com.

Share Your Memory of
Charlotte
Upload Your Memory View All Memories
Be the first to upload a memory!