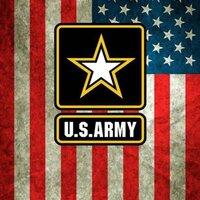 Earl Ray McGee, 77, of Gladesville, passed away at his home.

Earl was born in Tunnelton, on November 14, 1944, a son of the late Harry and Bertha (Goff) McGee. He was lovingly raised by the late Ralph and Mabel Shay from the age of 5 months, they were mom and dad to him.

He served in the US Army during the Vietnam War era and was deployed to Germany. He was employed by Verizon (C&P) as an installer, repairman and cable splicer for many years until his retirement.

Earl is survived by two cousins, who he thought of as his brother and sister; Jerry Shay and Cathy and Shirley Six and Allen; two nephews, Lucas Shay and Jennifer and Matthew Shay and Atalante, who he loved very much; five grandnieces and grandnephews and a brother, Albert McGee and Yang Sun.

He was preceded in death by a sister, Nancy McGee Trickett.

A private service will be held at a later date. Interment will be in  the Shays Chapel Cemetery in Tunnelton, WV. Field Funeral Home is assisting the family with arrangements.