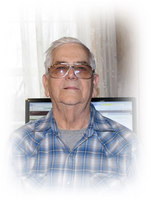 Charles Edward McMillen, 80, of Masontown, WV, passed away Wednesday, June 22, 2022, in Masontown. He was born in Masontown, WV, on October 9, 1941, a son of the late Alva and Emma (Roby) McMillen. Charlie was a loving father, grandfather, and brother. He loved attending church at The Word of Life Tabernacle. Charlie retired from Consolidated Coal Company after 30 + years as a coal miner. He loved to paint and was an all-around good guy. He is survived by three sons, Steven McMillen, Ronnie McMillen and Donnie McMillen and wife Tawnya all of Masontown; eight grandchildren, K.C. McMillen and wife Ashley, Corey McMillen and wife Ashley P., Jessie McMillen, Timmy McMillen, Tyler McMillen and wife Natasha, Joshua McMillen, Evan McMillen and Gavin McMillen; two great grandchildren, Waylon and Braxton McMillen; one sister, Anna Mae Thorn and husband Bill of Masontown and one brother, Raymond McMillen and wife Carol of VA. He was preceded in death by his wife, Helen Jean Franks McMillen on March 24, 2012; two sisters, Helen Jenkins and Bessie Haney and one brother, Cecil McMillen. Friends may call at the Field Funeral Home in Masontown on Monday, June 27, 2022, from 6 until 8 pm and Tuesday, June 28, 2022, from 2 – 4 and 6 – 8 pm. A funeral service will be held at the funeral home on Wednesday, June 29, 2022, at 11 am with Rev. David Spence officiating. Interment will follow at the Pleasant Grove Cemetery in Masontown (Herring community). Condolences may be extended online to the family at www.fieldfuneralhome.com.