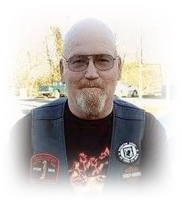 Robert (Bob) Jones, 70, of Newburg, WV passed away on March 23, 2022. He was born March 29, 1951, at Allegheny Hospital in Pittsburgh to the late Joseph and Alice Jones. Bob served seven years in the Air Force. He was a member of Birds Creek United Methodist Church. He served his church and community as a volunteer Lay Speaker, firefighter and basketball/softball coach. He enjoyed camping and had a passion for riding motorcycles (Harley Davidsons). He loved his daughters, grandchildren and great grandchildren. In addition to his parents, he is preceded in death by his three brothers; Leon, Joseph and Richard. As well as a son, John Znoy and grandson Lincoln Clawson. Bob is survived by his five daughters; Alice (Daniel) LaFountain, Marie Jones, Robyn (Jerald) Kopelic, Ashley Znoy (Chris) and Sara Jones (Mack); grandchildren, Paul, Alex (Erica), Emerald (Brendon), Jared, Shelby, Nevaeh, Veronica, Alexandra, Miah, Daniel, Darrin, Dominic and Lilliana; and great grandchildren, Hayden, Paxton, Brenett, Xander, Henry and Jaxson. The family asks in honor of Bob, that friends wear Harley Davidson clothing to the service. A memorial service will be held at the Field Funeral Home in Masontown on Friday, March 25, 2022, at 6 pm with Pastor John Wyrick officiating. Military rites will be conducted by the Preston County Honor Guard and Wright-Patterson Air Force Honor Guard. Flowers and cards may be sent to the funeral for the service. To honor his wishes, cremation services have been entrusted to the Field Funeral Home in Masontown Condolences may be extended online to the family at www.fieldfuneralhome.com.