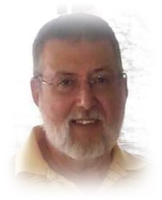 Larry M. Kelly, 69, of Reedsville, traded his hardhat for his wings on Saturday, July 10, 2021, with his family by his side. He was born in Morgantown, on May 14,1952, the son of the late Dr. Warren G. Kelly and Jessie Mae (Bishoff) Kelly. He grew up in Arthurdale and graduated from Valley High School class of 1970. Larry just retired on June 1, 2021, from Amstead Graphite in Anmoore after 48 years of service. His best times were spent with his family, working and hunting with great friends, riding his SXS, cat napping with his fur baby and camping. Larry attended New Life Ministries in Reedsville. He is survived by his wife of 44 years, Debra (Deb) Kelly; one son, Jason Kelly and wife Angi and her daughter, Kodi; sisters, Peggy Kalaf, Marcia Shannon and husband Ron, Linda Day and husband Roger; brother John Kelly; father-in-law, William (Bill) White; brother-in-law, Bob White and wife Shelly; many dearly loved nieces and nephews and his church family. In addition to his parents, he is preceded in death by his grandson, Quinton Ray Kelly; mother-in-law, Laura White; nephew, Michael Kalaf and brother-in-law, George Kalaf. Friends may call at Field Funeral Home in Masontown on Wednesday, July 14, 2021, from 4 - 8 pm and Thursday, July 15, 2021, from 11 am until the 1 pm service time with Pastor Mike Charlton officiating. Interment will be in Arthurdale Cemetery. Condolences may be extended online to the family at www.fieldfuneralhome.com.