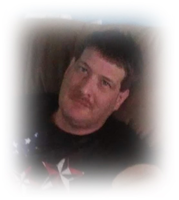 Michael Wayne Adams, 43, of Kingwood, passed away Thursday, August 8, 2019 at Preston Memorial Hospital. Michael was born in Morgantown, on August 20, 1975, a son of the late Larry Adams and Patricia (Boulter) Tucker of Tunnelton. He was a member of the National Electric Contractors Association and had worked at McDonalds and the Preston County Sheltered Workshop. In addition to his mother, Michael is survived by two sons, Bryan and Cody Adams of Howesville; stepfather, Willie Tucker of Tunnelton; step mother, Debbie Adams of Morgantown; two brothers, Charles Adams of Morgantown and Robert Adams of Kingwood; two sisters, Cassy Tucker of Tunnelton and Candice Adams of Morgantown; four nieces, Kirsten Layne of Kingwood, Aridessa Long of Tunnelton, Emily Adams of Kingwood and N'Shay Bennett of Clarksburg; a nephew, Ethan Sharps; four aunts, Sharon Lansbury and Joe of Howesville, Barbara Keller of Manown, Thelma Rhodeheaver and Benny of Kingwood and Kay Adams of Morgantown; two cousins, Joey Duckworth and Sherry and Rodney Watkins, both of Howesville and his dog, Tigger. He was preceded in death by his father Larry Adams; grandparents, Stanley and Virginia Boulter, Thelma Tucker and Mary Adams. Friends may call at the Field Funeral Home in Masontown on Saturday, August 10, 2019 from 1 to 4 pm. At 4pm, family and friends will share memories and stories to celebrate his life. To honor his wishes he will then be cremated. The family would like to especially thank Sue White for the wonderful care and compassion she gave to Mikey. Condolences may be extended online to the family at www.fieldfuneralhome.com.